Bust a Gut With the Funniest Humans of All Time! 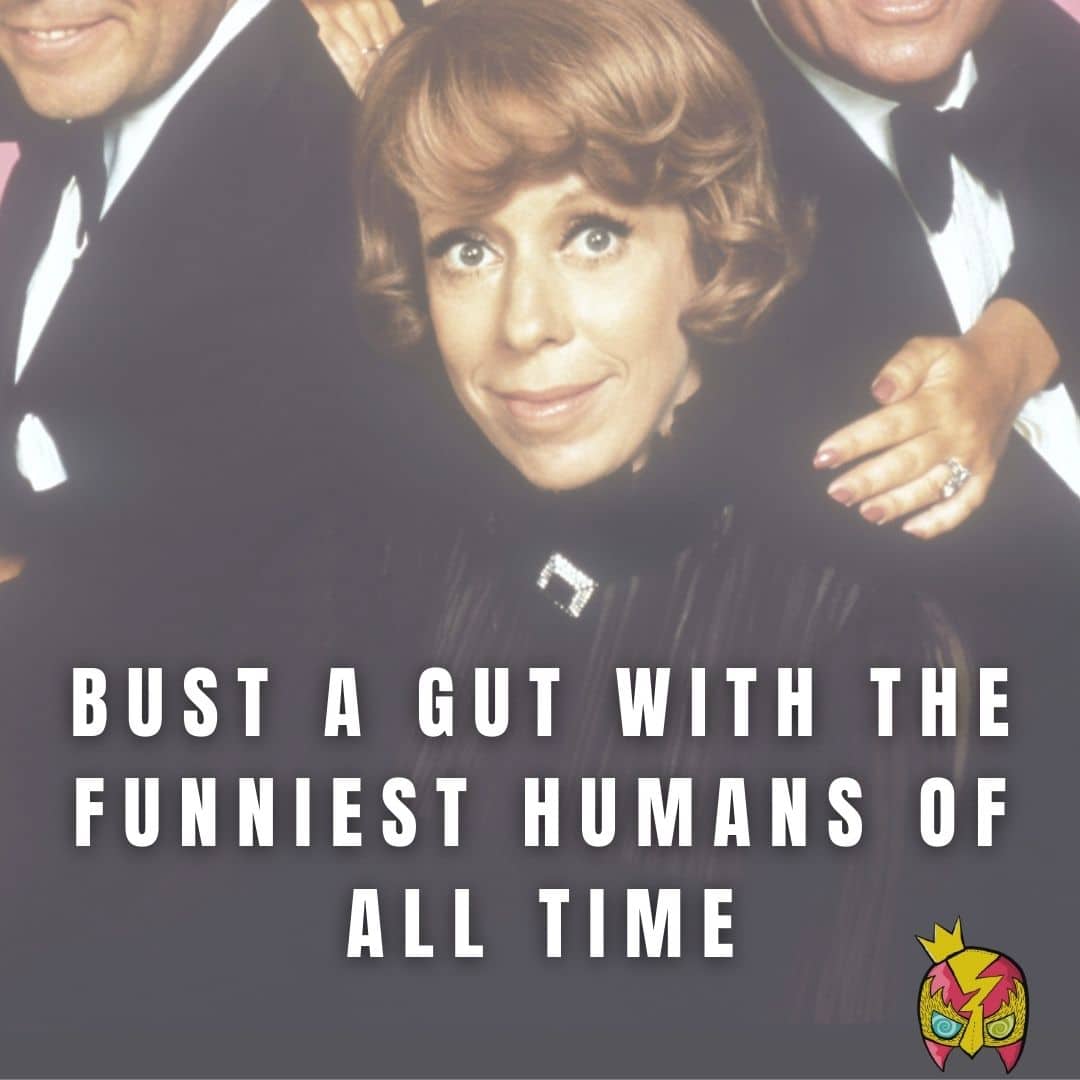 Humor.  It’s what gets us through the rough times, it’s what makes the world go ‘round.  They say that laughter is the best medicine, and you will find yourself feeling better after laughing at a funny joke, or when your favorite rom-com puts a smile on your face.

Here at Broken Drift Productions, we truly believe that certain people were put on this planet with the gift of comedy.  And that gift is meant to be shared with YOU.

With the warmer weather approaching, and the time of rebirth at hand, this is the time of year where we all feel a little lighter, more hopeful, and anticipate the warm, fun days of Summer.

It’s an exciting time of year, so we wanted to share with you some of the funniest people ever to grace the silver and big screens.  Maybe this Summer you can catch a drive-thru comedy featuring one of the following funny people whose talent and passion for comedy has stood the test of time.  Bust a gut with us as we acknowledge these funny ladies and gents of the past and present decades.

We are proud to start our list of comedic geniuses off with a fierce female.  You know you’re funny when you can make anyone laugh in a matter of sixty seconds.  That’s exactly what Khadi Don has been able to accomplish.  From poking fun at incessant bosses to mocking racial identity crises, Khadi is known for her one-woman skits via IGTV.  This hysterically funny lady burst onto the scene in 2016 with some acting credits via IMDB, with a film currently in pre-production for 2021.  We’re certain Khadi’s acting skills on the big screen are worth waiting for, but in the meantime, catch her assuming several roles while directing, filming, and producing all of her work that’s garnered millions of views on her Instagram @khadi.

This writer, producer, and actor began his standup career performing in nightclubs at the ripe young age of 14.  In 2017, Dave secured an Emmy award for his performance on the legendary Saturday Night Live.  You may have recognized his hilarious performances in such films as The Nutty Professor, Robin Hood: Men In Tights, and Half-Baked.  But this no-holds-barred talent is best known for his own outrageously funny, brilliantly scripted, and unapologetic comedy sketch Chappelle’s Show, which ran from 2003-2006.  Sharing the screen with the likes of Wayne Brady and Charlie Murphy (yes, another funnyman’s bro), if you missed the show during its official run, fear not.  You can binge the series on Netflix and you should right now!

A flexi-faced cuisinart of comedic chops, it seemed Jim Carrey could morph into any character in his 90s heyday.  His debut with the 1981 made-for-TV film was appropriately titled Rubberface.  More film credits followed into the decade, but it wasn’t until 1990 with the hit comedy sketch show, In Living Color   did this Canadian gain overnight success and the world knew it had found its new go-to funny boy.  He went on to star in several blockbuster comedies and even earned critical acclaim for his more serious roles in films such as The Truman Show.

When you think of 80s comedy, what’s the first face that comes to mind?  Let’s face it, Eddie Murphy was 80s comedy!  Another talent on our list with the ability to portray several roles in a single film, Eddie’s standup specials were just as impressively laugh-inducing.

With his early comedies sharing the same universe with their later counterparts, Eddie’s reign as comedy king soared through the decade and continues on today.  Seriously, if you haven’t watched

Coming 2 America   yet, we invite you to indulge in the kind of raw comedy that once ruled 80s movie theaters and still engages audiences.

Our list’s second funny lady’s career stretches back to the days of the hippy peace and love movement.

The Carol Burnett Show ruled the airwaves of comedy in the late sixties through early seventies, and was known as being one of the first variety shows to ever feature a female host.

Her spoof Went With the Wind garnered the show one of its longest laughs ever from their live audience.  This quadruple threat has credits as a writer and singer and had recurring roles on shows such as Mama’s Family.

If you need some retro slapstick comedy, allow Jerry Lewis to entertain you.  Often playing the quirky and less fortunate role to  crooner Dean Martin’s suave ladies’ man, Jerry’s facial expressions alone would be enough to crack a smile on anyone’s face.

Star of the OG The Nutty Professor, which, unlike Eddie Murphy’s version, Jerry played the role of a nerdy professor turned debonair.

He’s credited with over sixty movie roles and known as

“The King of Comedy” who in his later years became a humanitarian.  He founded a telethon to raise money for Muscular Dystrophy awareness that aired every Labor Day from 1996-2009.

The strikingly beautiful Lucille Ball proved that gorgeous gals can be fun too!  Paving the way for future comedic ladies such as Fran Drescher, this redhead’s perfect comedic timing and acting ability earned her iconic status.

She starred alongside her husband Desi Arnaz in I Love Lucy which ran for six seasons and won four primetime Emmy Awards.

The show was so successful, it garnered several spin-offs including The Lucy-Desi Comedy Hour, The Lucy Show, We Love Lucy, and Here’s Lucy.

No comedy list would be complete without mentioning the comedic group of Groucho, Chico, Zeppo, and Harpo Marx.  These four brothers were not only comedic geniuses but accomplished musicians as well.  You’ll laugh your face off at Groucho’s mustached pundits and cry your eyes out while watching Chico tickle some ivories.  Imagine being so talented as to fool every onlooker into thinking you were mute.  That was the talent of Harpo. Although he portrayed a silent savant on film, he has voiced numerous works throughout his career.  Truth be told, there was a fifth brother, Gummo, who although was a vaudevillian actor, he never appeared on film with his brothers.

The Marx Brothers were managed by their sister Minnie proving that show business could also be the family business.