Escape Your Everyday Norm With These Guilty Pleasure Reality Shows! 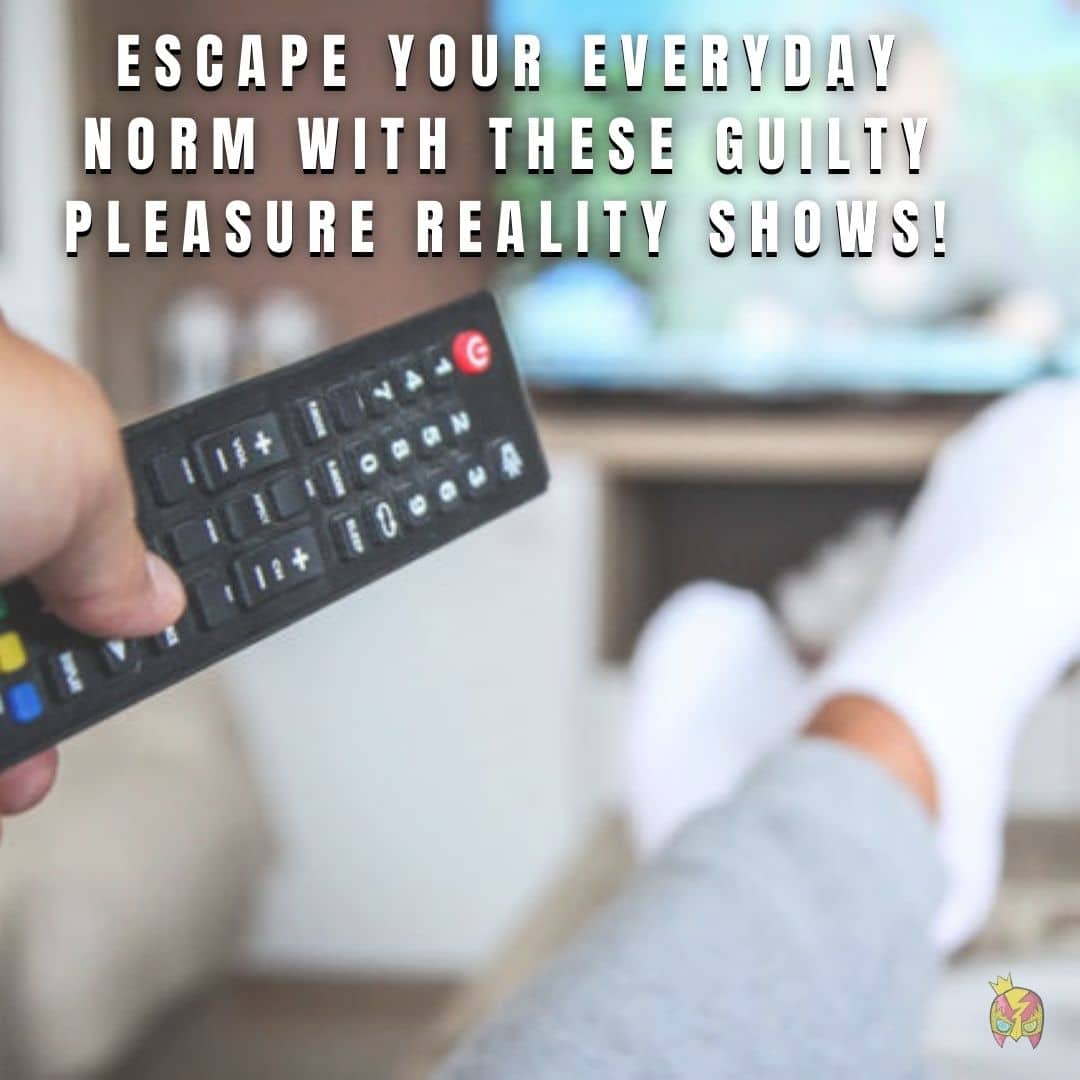 Allow yourself to indulge in someone else’s world and you just might realize yours isn’t so bad.
View Full Post

Jet-setting sisters, millionaires marrying the less-fortunate, a glimpse inside luxury homes one could only dream of.  Reality television is an arsenal of marketing tactics meant to keep us glued to our smart TV and makes us come back for more.  No matter who you are, whether you swear off of the phenomenon that is reality tv, we guarantee there is at least one reality show that sucked you in enough to make you take a seat on your couch for longer than you care to admit!  But how did we get here?

How did we find it so interesting to spend moments of our precious lives as spectators of others?  Of people we don’t even know and most likely will never meet?  What is the fascination with witnessing ordinary, everyday people live out their obviously scripted “reality”?

For those who are too young enough to sip on this retro tea, you have to take a Google ride back to 1992, when MTV decided that playing music videos just wasn’t enough, (when in reality that’s all we wanted).

The cable TV giant is credited with introducing its viewers to the first-ever reality show, “The Real World”.

The show’s intro said it all and fans couldn’t get enough.

MTV had discovered a ratings juggernaut.  After a few seasons, their execs came up with the great idea of taking this show on the go.

Thus, an adventurous spinoff titled “Road Rules” was born.  It was reality TV on another level.  Seven strangers traveling together to cities around the globe laughing, fighting, getting drunk, and hooking up.

Soon, other networks took notice of just how popular these shows were to an audience.  And the new genre which became known as “reality TV” began taking shape.  “Big Brother”.  “Survivor”.  “The Bachelor”.  We had romance competitions, cooking competitions, fashion shows, hair shows, and on and on and on.  The reality show bullet train revved its engine way back in the early 90s and propelled us into our modern-day reality culture.

It shows no signs of slowing down any time soon!  Reality TV has become such a pop-culture staple, it even made its way into criminal justice.

Want a little bit of creepy reality to satisfy your inner armchair detective?  Then make sure to check out the tale of one woman who not only was accused of a heinous crime, she tried convincing a jury her killer attempt was simply an audition for a reality show.  And the whole thing was captured on film for, what else but a crime-related reality television show!  It’s a reality show within a reality show and so unbelievable that we have to wonder if any of it was authentic!   Hey, people will do anything for content–anything!

Not a true-crime buff?  No worries.  Here are a few suggestions to whet your fluff reality TV appetite.  Bon appetit!

“Desperate Housewives”, Bravo TV’s “The Real Housewives of…” franchise has well surpassed its sitcom predecessor and continues going strong today.  Showcasing the seemingly glamorous lives of the wives, girlfriends, and sometimes divorcees of the rich and famous, the series originated in Orange County and blossomed over to other well-known cities.  Some locations are a hit like the hot ATL, and some not so much–yeah, we’re looking at you, D.C.!  If you have yet to watch an episode of “RHO..”, may we suggest starting with the franchise city nearest you?  Where else can you laugh at middle-aged women acting like children while they flip some tables, throw their prosthetics across a restaurant, and for some reason think they can sing?  Oh, the bad singing!  Now that’s enough to make anyone watch!

Ate too much and now you “got the ‘itis”?

Try feeling like that every day of your life while trapped in a prison cell that is your own body!  That’s how it is for the individuals who share their battle with food addiction on TLC’s “My 600-lb Life”.

The show follows people living with obesity who try to obtain the help of a bariatric surgeon, Dr. Younan Nowzaradan.

Known as “Dr. Now” for short, although he sympathizes with his patients, as a physician he will never sugar-coat their reality.

You’ll be curious to learn whether the patients overcome their food habits onto a healthier life or succumb to the downfall of decadence.

How convenient is it that Hollywood took a great idea for a competition show and fashioned it to fit pandemic restrictions?

Safe for all to enjoy, “The Masked Singer” and

“The Masked Dancer” shows keep your family on the couch taking bets and guessing who’s dancing behind the Tulip or singing as the Phoenix.  And what’s cool about this concept is not only do the celebrity contestants play for charities, but the celebrity judges have things at stake as well!

An oldie but a goodie, if you’ve never witnessed host John Taffer call out pub owners for cross-contamination or over-pouring shots, you can still catch the reruns!  Follow John and company on the road as they visit our nation’s finest bars and restaurants.  And by finest, we mean the most disgustingly dirty, overrun by roaches and other vermin places to gather socially.  See how these nasty places get cleaned up and whipped into shape by Mr. Taffer who creates atmospheres that draw in the business.  We urge you to watch with caution as witnessing what goes on behind the back bars of your local pub might make you think twice about heading out.

Currently on hold for a 2nd season due to the ongoing pandemic, this latest salon reality offering invites us into the seats of overly dramatic nail artists.  And we’re not just talking about their strong Long Island personalities.  No–if you’re looking for a basic gel manicure, Salon Martone is not the place to go.  The ladies Martone specialize in crazy nail art.  We’ll wait as you witness what is considered “getting your nails did” in this New York salon.

You’ll be asking yourself, “Are these chicks for real?  Or is this just for ratings?”  Another thing that Lexi, Bre, and company will have you scratching your head at?  Let’s just say the hair extensions are a nod to the days of Myspace.  You’d swear you were watching reality TV circa 2008, but then their covid masks snap us back into our pandemic reality.

If flipping the channels isn’t your thing but surfing the web for raw, authentic, and relatable content is more your speed, then feast your eyes on a few of these indie gems:

Dan, Rick, and Brennan are on a mission to find and rate the most nightmarish hotels and motels up and down the east coast so you know where you shouldn’t stay.  With their quick wit and sophisticated equipment, they film every inch of the janky rooms for rent: roaches, feces, and all!  (We recommend eating your lunch before you watch!)

For the most beautiful abandoned and disturbingly haunted urban exploration content, we recommend the following YouTube channels: