It’s Time to Tackle the Ick! 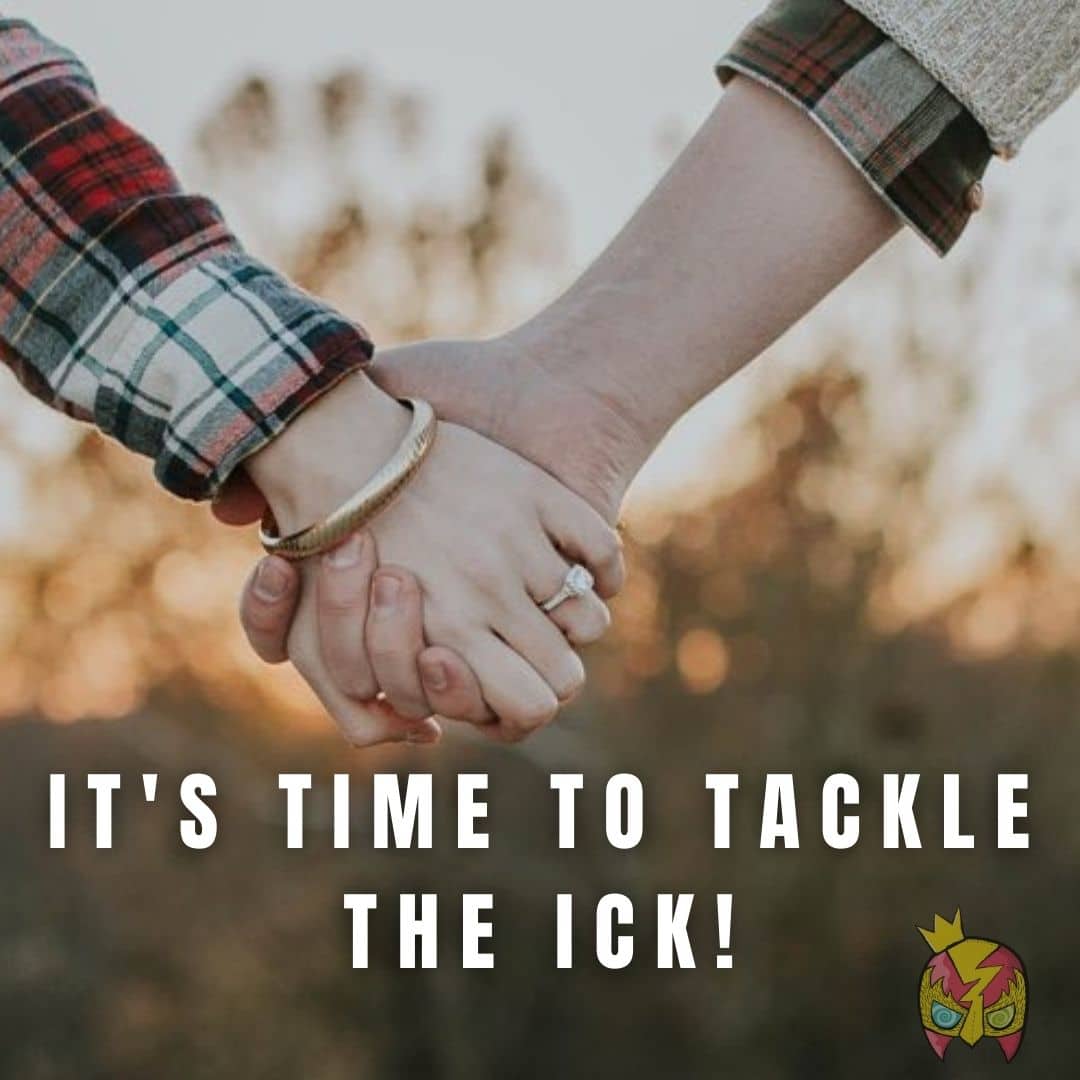 It’s a tale as old as time itself. You look across the bar or swipe right on the most perfect looking specimen you’ve ever laid eyes on. The conversation flows, butterflies erupt and boom, you’re in love… or so you thought.
View Full Post

It’s a tale as old as time itself. You look across the bar or swipe right on the most perfect looking specimen you’ve ever laid eyes on. The conversation flows, butterflies erupt and boom, you’re in love… or so you thought. Time ticks by and before you know it, you ignore their “wyd” messages and catch yourself picking at little mannerisms that at first were soooooo sexy!

Ladies, gentlemen and non-binary folks, it’s time to discuss the ick. Why do we get the ick and how can we prevent it? Having a consistent crush without getting grossed out is severely underrated and perhaps by tackling our ickiness issues our relationships will grow stronger. So, without further let’s get into the pesty ick!

Here’s Some Insight on Ickiness

The ick = instant, intense and turned off. It’s a sudden surge of repulse from someone who you once found attractive for reasons known or even unknown. Is it their unevolved 2012 style? Or maybe the way they call soda, “pop” with a thick Midwest accent that just triggers your mental gag reflex. I’ve been there it’s okay to admit that you have the ick.

Unfortunately, the ick can infiltrate even the hottest of people. It’s frustrating and can have you screaming at the universe out of unjust rage but, there is safety in numbers so just know you’re not alone in getting the ick.

Sophie G., ick catcher extraordinaire says, “Ive gotten the ick when I was deep in a relationship and I’ve seen it happen to so many of my friends.” She says, “It was the way he was talking to my friends and treating others that flipped my attraction real quick.”

Getting the ick can hurt your heart and be a fatiguing phenomenon. It might hit too close to home when everyone you find attractive has some fatal relationship flaw, but alas, it might not always be consciously you.

In an interview with Cosmopolitan, relationship counselor Gurpreet Singh says, “often people undervalue the amount of unconscious communication that happens in a relationship… our responses to somebody’s smell, behavior or value systems can largely be unconscious, and the ick usually comes from that unconscious gut reaction.”

It’s not like we’re out here tryingggg to get the ick, it just happens subconsciously when we least expect it. It’s the perfect storm of imperfect qualities and a triggering response to those qualities. The ick is a duel effort, don’t put it all on yourself!

Can You Bounce Back For a Happily Ever After?

It depends. If you simply cannot overlook the way they disrespectfully waitstaff etc., then there isn’t much elasticity to bounce back. But if it’s just a little disorganization or some goofy nose picking that triggers you, then communication can help overcome this hurdle.

As a good rule of thumb, psychologist Emma Citron says, “I think a few small moments of this gut feeling is fine, but if the behavior feels more significant such as a display of rigid traits and inflexibility then follow your instinct and don’t stick around the relationship.”

Faking attraction is difficult. If you get the ick and can’t bounce back, then it’s time to come to terms with the fate of this potential relationship and end things. Be honest with yourself and understand that someone can only change so much.

So, Are We DoOoOmed to the Impenetrable Ick?

Beauty is in the beholder’s eye, isn’t it? While there’s no foolproof plan written in the universe about how to avoid the curse of ickiness, just know that it’s a subconscious trigger and not always your fault. Don’t discredit your initial interest in your crush subject because you catch the ick. We’ll get through it. Just remember you’re not alone in the unimaginable ick!

PrevHow To Clean Your Life by Cleaning Your Living Space!
Escape Your Everyday Norm With These Guilty Pleasure Reality Shows!Next