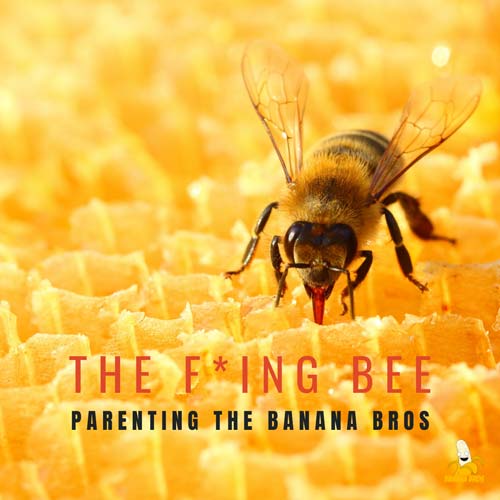 Anyone who has met my parents will tell you what absolute freaking rockstars they are. Seriously, I won the parent lottery. That being said, they tend to lean more toward the conservative side. Where I use phrases like “freaking rockstars” in my every day jargon.
View Full Post

My parents love taking the boys to their cabin for the weekend. It gives them time to do “Guy Stuff” with my dad. (Guy Stuff; Noun. See also, spitting, cutting wood, shooting, and butt scratching. Other popular terms: “Doing work”)

Anyone who has met my parents will tell you what absolute freaking rockstars they are. Seriously, I won the parent lottery. That being said, they tend to lean more toward the conservative side.  Where I use phrases like “freaking rockstars” in my every day jargon.

In the summer of 2015 the entire town of Heber, AZ was swarmed with Yellow-jackets.

They were everywhere. Everywhere.

Apparently Yellow-jackets make their hives in the ground. Who knew?! Or at least this is what the guy working at Ace Hardware in Heber told me. Either way, I swear it’s true. The summer had been exceptionally wet. Everything was flooded from the abundance of rain. Including guess what? If you said, “Yellow-jacket nests” just now, you would be right! I can tell you from personal experience that when you mix yellow-jackets and water, all you get is really angry yellow-jackets.

One day, sitting in the family room with my husband and one of our friends, my dad (Pops) with a solemn face walks in and sits down.

Pops: “B and I were working in the garage this weekend and you will never guess what he said. I was tinkering with the tractor, and he was sweeping up some of his mess in the corner and all of a sudden he yells, ‘Pops! There’s a f*cking bee in here!’“

My husband, our friend, and I all look at each other with blank faces.

P: Shaking his head. “Can you believe it? I can’t believe he said that. Where do you think he heard a word like that?”

Pop relays the events of the day:

P: “B. Where did you hear that word? We don’t use words like that.”

B: “Well adults can say that word.”

As he gets up and walks out of the room, “I don’t think we have to worry about him saying it again.“

Thanks for not giving me up, Kid.

PrevNetworking: Lose the Nerves
Make The Most of Your EmailsNext